Join us from 6pm-8pm, 20th September in the Birkbeck Cinema, 43 Gordon Square, London, WC1H 0PD for a public roundtable event with interventions from: 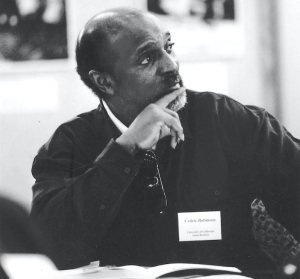 Coined by the late Cedric Robinson, “racial capitalism” remains one of the most crucial theoretical contributions drawn from the Black radical tradition. With the idea of racial capitalism Robinson sought to explode traditional conceptions of political economy by placing the racialising practices of colonialism, enslavement and apartheid at the core of his study of capitalism. In doing so, Robinson also centred black struggle as a revolutionary and world-making agent in the politics of liberation from racial capitalism. In recent years, racial capitalism has received revived interrogation among various researchers and activists, not least by Gargi Bhattacharyya in Rethinking Racial Capitalism (2018). Some have used it to understand contemporary practices of state violence, mass incarceration, social reproduction, dispossession, bordering and climate change. Others have returned to the idea to push beyond analytical and political separations of class, race and gender. Racial capitalism has also been used to reinterrogate “traditional” disciplinary concerns of IPE (International Political Economy), such as markets, property, trade, financialisation, production and labour. Our roundtable speakers will interrogate the history of the idea of racial capitalism and explore new directions and innovations in its use today.

This event is free, open to all, and no registration is required but early arrival is recommended to ensure entry.